Let’s call it a Flashback Friday. Back in October I flew from London to Seoul for four days to attend a work conference. To maximise my business trips I’ve always timed the flights to include a day or two of sightseeing. In Seoul my priority was skincare shopping, obviously, but I also wanted to see something of the city.

Here’s what I got up to on my day off – my recommended one-day itinerary in Seoul:

Turns out I had great timing, because October is an ideal time to be in Seoul – temperatures are still in the low 20°C range and the autumn leaves are in a full array of bright reds and oranges.

As a lover of history and architecture, especially in Asia, I headed off to see some of the palaces, which are conveniently located in the middle of the city.

Tip: If you’ve got time to visit a few sites, the Royal Palace Pass offers entry to all five of the main palaces in Seoul, for roughly the cost of just one individual ticket.

There was a chance I’d be back for another work trip (which ultimately didn’t pan out sadly), so with the added bonus of a three-month validity period I went for the pass.

Changdeokgung Palace was built in the 15th Century and was a residence for the queen and other members of the royal household.

The buildings were destroyed and rebuilt several times over the centuries, proving this to be a beautiful reconstruction.

Furnishings and other features were moved over the years between Changdeokgung and the neighbouring Changgyeonggung Palace, which share extensive gardens known as Huwon (rear garden).

Changgyeonggung and Changdeokgung were jointly known as Donggwol, or the East Palace, based on their location east of the city’s other palaces.

A gate and pathway with staircases separates Changdeokgung from Changgyeonggung below.

A short walk from Donggwol is Gyeongbokgung, the first and largest of Seoul’s palaces, with hundreds of buildings. Built in the 14th Century, it was the city’s main palace until the buildings were destroyed by fire in the 16th Century Japanese invasion. The palace was initially rebuilt in the 19th Century, then destroyed again and reconstructed in the 20th Century.

With the picturesque view of the mountains in the background, Gyeongbokgung feels far removed from the centre of the city. Allow a few hours to really explore the extensive grounds.

Across the road and to the east from Gyeongbokgung running south is Insadong, a pedestrianised street full of handicraft shops, restaurants and cafes, including several vegan options.

I stopped by vegan cafe Maru JaYeonSik Kimbap, which serves up vegan versions of classic Korean street food dishes at street food prices. I got to try Tteokbokki — rice cakes in a spicy tomato sauce sprinkled with sesame seeds. The staff are friendly and welcoming, and it’s worth navigating the misleading address to find it down the alleyway off the right-hand side of the main street.

A little further down Insadong-gil, and down a warren of side streets well signposted to the left, is Sanchon, a temple food restaurant I had seen on Instagram and was eager to try.

This vegan restaurant is a garden oasis in the midst of the bustling tourist streets. It has a massive four-course set menu that is a dream for foodies and food photographers:

I left Sanchon stuffed and happy and prepared for the highlight of my visit – skincare shopping in Myeongdong!

The lively Myeongdong neighbourhood is in walking distance from Insadong-gil – especially when you need to walk off a big meal!

Myeongdong is a bustling shopping district that is home to all the major Korean and Japanese skincare brands. For this skincare junkie it’s a place of wonder! I walked up and down the street, scoping out products and comparing prices. One of the great things about Asian skincare is that it’s affordable, unlike some of the good Western brands.

I started in Olive Young, which stocks a range of brands and products I love, including Banila, LuLuLun, CosRx, Hada Labo, Senka, and so on. Then I headed to some of the individual brand stores, including Missha, Laneige, Tony Moly, and Belif.

Most of the stores have special offers – 3 for 2, buy one get one free, or gift with purchase. My skincare-loving friends had given me their lists too, and by the time I was finished shopping, I was loaded down with bags in some kind of shopaholic cliché!

Tip: Take your passport when you go shopping, because showing it at checkout will get the tax deducted from the total – this will save you having to claim a tax refund.

Myeongdong-gil isn’t just about the shopping — the street is filled with food stalls. As a lover of Korean food, I managed to track down a stall selling vegan Hotteok, a stuffed pancake made with glutinous rice flour. There are other vegan options along the road, including sweet potatoes.

My bank balance lighter, my hands full of shopping and my appetite sated, I took a taxi back to my hotel to pack for my flight back to London. I hope my travels take me back to Seoul at some point, because there’s so much more to explore. 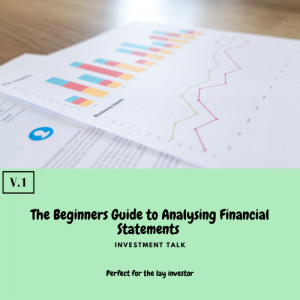